This is the first in our new series ‘The Trivial Goat’. This is where we find trivia about all things Goat including history, biology and folklore. All true and straight to you!

This week ties in with the Facebook quiz question running over the last few days. Look us up on Facebook if you haven’t already!

A programme from the 1927 NZU trip to Australia was recently published in Otago University’s ‘Blooz Nooz’ newsletter.

In it, there were short profiles of some the players as well as a photo and a bit more detail about Professor Edwin Boyd-Wilson who was the manager for that tour. So we thought we’d bring the relevant details to you!

Current and past students and players will recognise the name which lends itself to the field we now practice on and some of us play on (outside of lockdowns, obviously). There are some more details about him here…

The following picture gallery includes excerpts from the programme and some other pictures that we found doing his thing as Professor of modern languages.

After that are some brief profiles of the players that went on that trip from the programme. You’ll need to click on the pictures to read the descriptions, you won’t be disappointed!

My favourite description ‘Personally, “A ball of muscle” ‘ 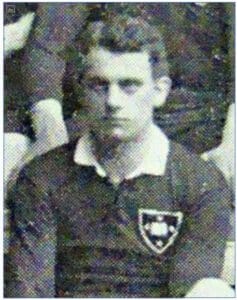 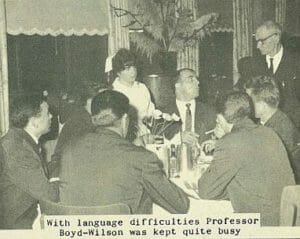 As translator in Gisborne 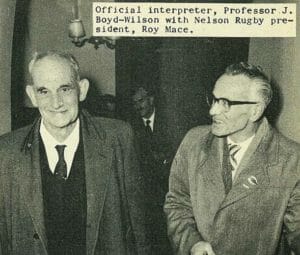 As translator in Nelson

More info can be found about the 1929 season, which featured Childs and O’Regan as part of the team that won the first-ever Jubilee Cup. Presented by our good friends at Club Rugby over here…