Jacob played for OBU in 2016. He is now living in Auckland and pursuing his acting career with a role in a new rugby drama starting on TV3.

You can catch it on Monday 28th June at 8:30 pm on TV3. Check the website here… and the Facebook trailer here…

Jacob gave up half an hour to catch up with the Goat and tell us what he’s been up to! 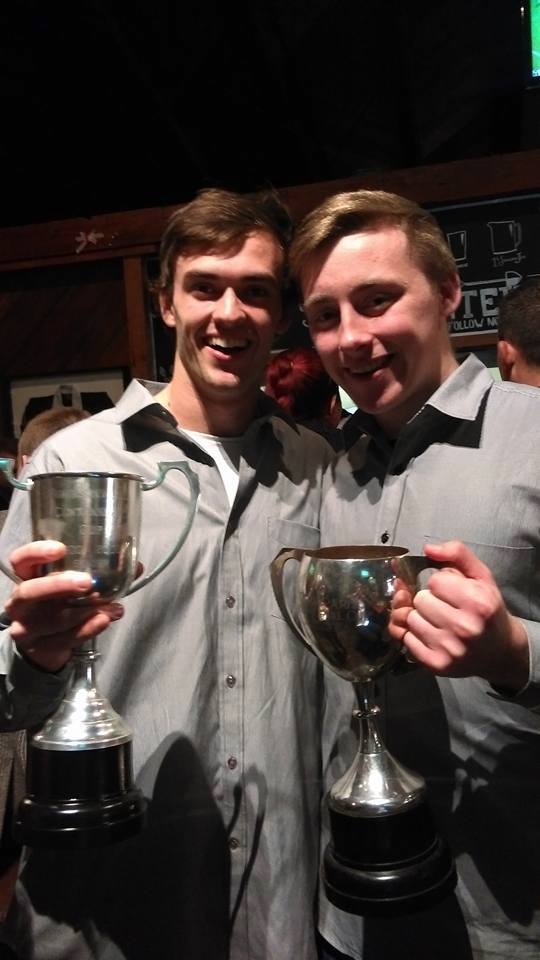 I came to Victoria & OBU in 2016 I’d been travelling around for a couple of years since my family and I left Hong Kong where we’d been living for a number of years. I played for Honk Kong Internationals at Under 18 level while I was there.

One of the first things I noticed in New Zealand rugby was that the standard was really high. I expected it to be higher of course, but it surprised me just how much. I still see that when the Sacred Heart 1st XV train when we’re shooting the series.

Growing up in Hong Kong is just a different thing altogether. Being ex-pats we could get into bars at 14-15 years old!

Which team did you play for at OBU and what position?

I think I struggled a bit with the game tactically at that level, for example, I could make a break but couldn’t execute the right pass to allow us to finish it off!

Before OBU I remember a game when I was at High School we didn’t know that we were 2 points down, we’d convinced ourselves we were winning. We got an 80th-minute penalty and were going to go for touch when luckily the ref told us we were 2 points down. I got the call up to have a go and slotted the winning points.

As for OBU games, I remember one game I played deep in the Wellington mud. It was my first game back from injury. I had a good game and this time I fielded a kick, found a gap and found the right pass to my support player to go in under the posts!

Generally, I had a lot of fun and a really enjoyable season including a couple of tries for the Greens that I was stoked to get!

When we won the grade with colts green on Te Whaea!

Also, bunches of us crammed into coach Michael Barnes tiny little car which was louder inside than out.

Are you involved in rugby these days? Tell us about it…

I’m in a drama about rugby called Head High. I play a character called  Scotty Crockford.

How did that all come about

I auditioned for the part. I was at drama school at the time. I had to drop the final production for the course to make it fit. I still passed but it took a bit of negotiation!

I told my agent that I was a rugby player and naturally knew where to be and what would look real. There were some interesting aspects with Health & Safety, particularly with tackle technique where they wanted to protect us from injury but eventually they just let us tackle normally as they got to trust our judgement and agreed it just doesn’t look real if too heavily choreographed.

Have you been into acting for long?

Yeah, most of my life. It’s almost had a parallel track with rugby. I love them both but they aren’t a great mix, for example, I can’t really risk injury now that I’m in a series as that would make things very complicated!

So now I’m playing social football just to keep me moving and to have a bit of fun with a few mates.

Do whatever you love, whatever brings joy puts a smile on your face.

Thanks Jacob and Good Luck with the acting!

In case you’re wondering Jacob and Travis Graham (who we also did a profile on last year over here…) are at the same agency in Auckland!