Fui and Morgan charge it up the field 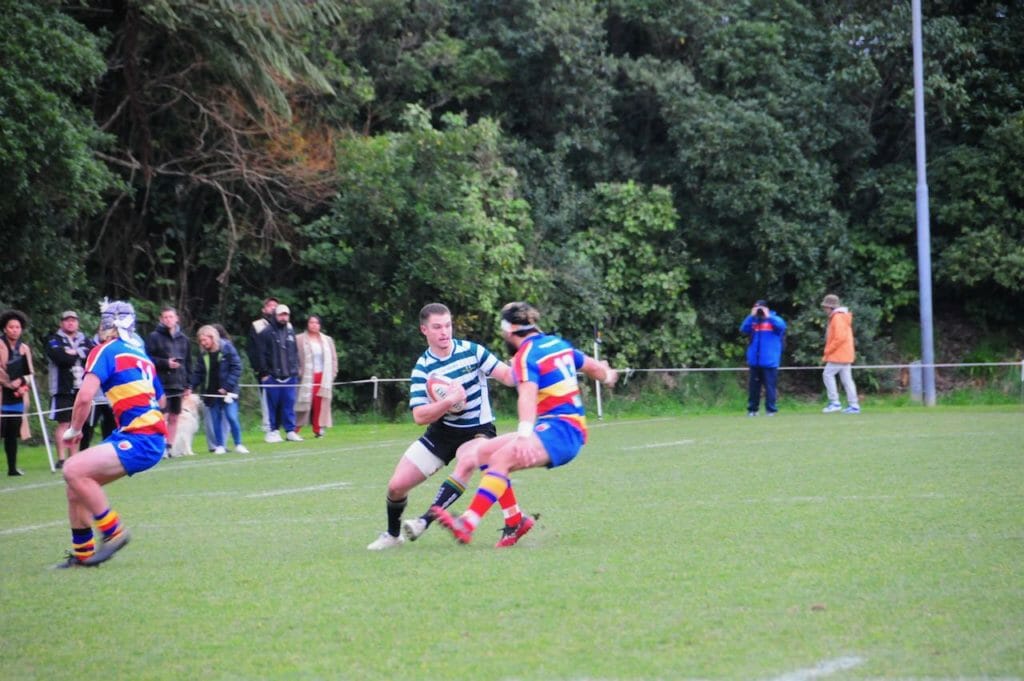 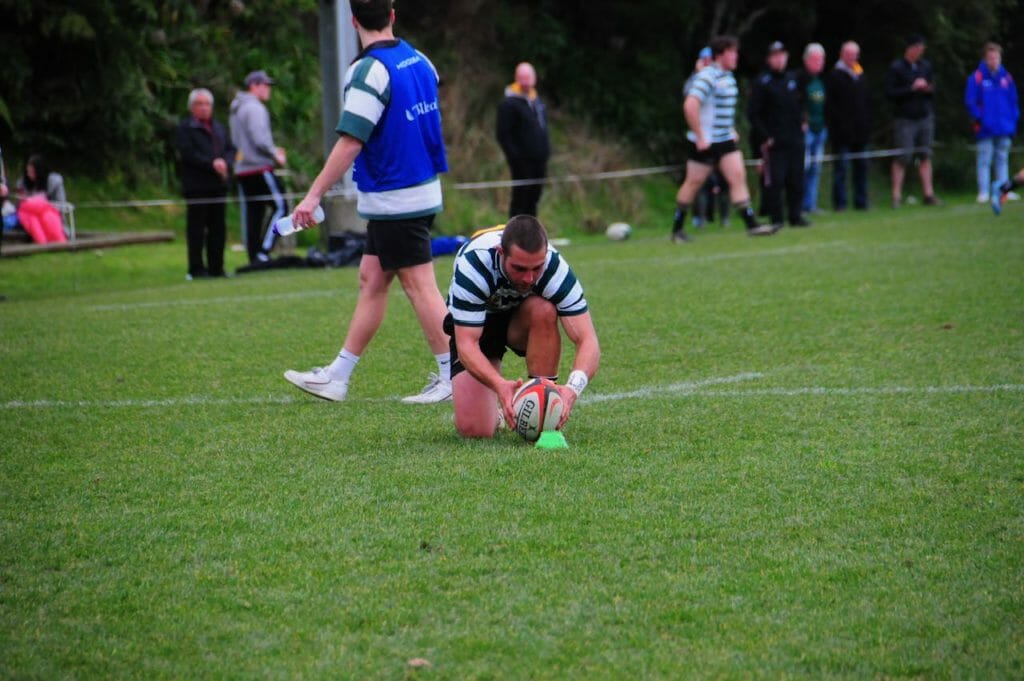 Dale lines up the shot with Jack Green doing the tee duties, Luke Chisolm returning from injury in the nbackground Morgan bullocks through the tackles with Fui and Shamus in support. Sam Reid is eyeing up options to the right! The rugby trip to the suburb of Tawa-hiti is always a torrid affair. This week was no exception. For extra spice, Tawa drew the ire of many in the rugby community by starting the player currently accused of assault in an incident outside the Poneke clubrooms late at night a few weeks ago. From an OBU perspective, the most important points were a solid defence that didn’t leak any tries and no serious injuries. Sam Reid has a minor injury concern but was thumbs up for the Avalon fixture this coming Saturday.

It was an overcast day with with barely a breath of wind. This brought terror to those still petrified from Alfred Hitchcock’s movie, ‘The Birds’ as a tree on the clubrooms side of the field attracted thousands of twittering birds. Who knows if it interfered with the lineout calls.

OBU was playing from right to left from the terraces side of the field in the first half. Or if you like back to the road and clubrooms end.

All in all a well taken victory.

OBU looked in control for most of the match while not ever looking completely dominant. That was probably the strongest scrummaging side of the season so far. We didn’t get the clear advantage we have usually enjoyed. That’s to Tawa’s credit.

There were a lot of penalties, but to that we’d have to say there was a lot of infringing! The referee had a very good game I thought.