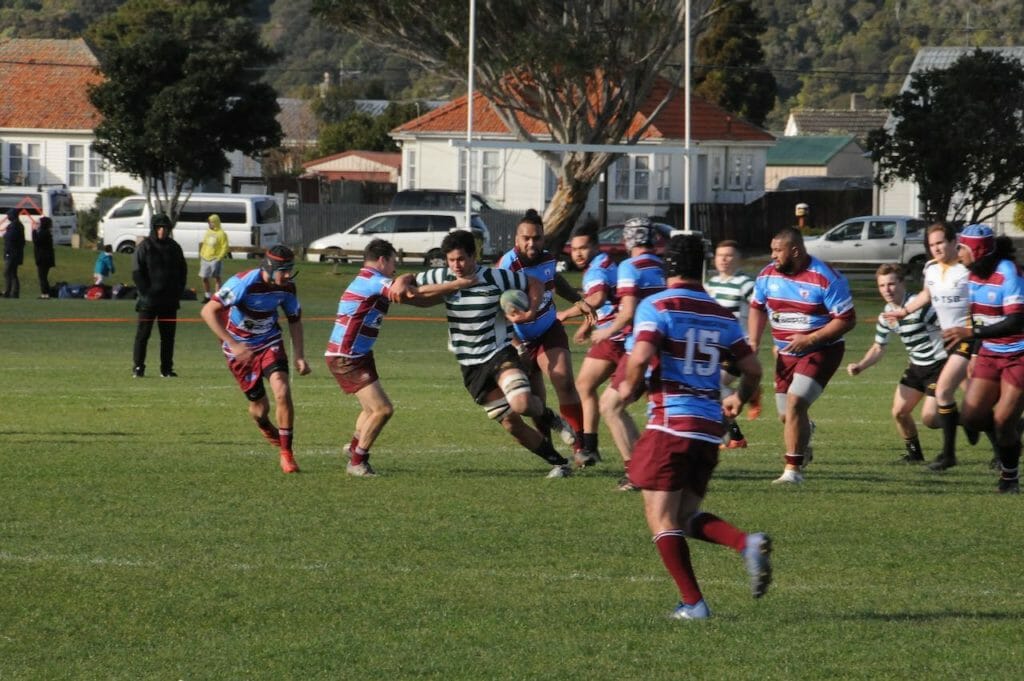 This was a difficult game to report on as the scoring action was thick and fast so some of the action may not be as precise as we’d like!

There was a strong crosswind blowing from the new clubrooms across the field to the North. There was the usual low-sun for this time of year to contend with for both teams. OBU played from right to left as we viewed from the clubrooms side.

A couple of changes to the run-on team announced on the Club Rugby website. Taine Plumtree was out with a minor injury. Same Godwin gets a start. Josh Thomas, in his premier debut, was wearing the 22 Jersey and Tiaki Fabish switched to 21 pushing Matt Sleith to 20 (I think).

How the Game Unfolded