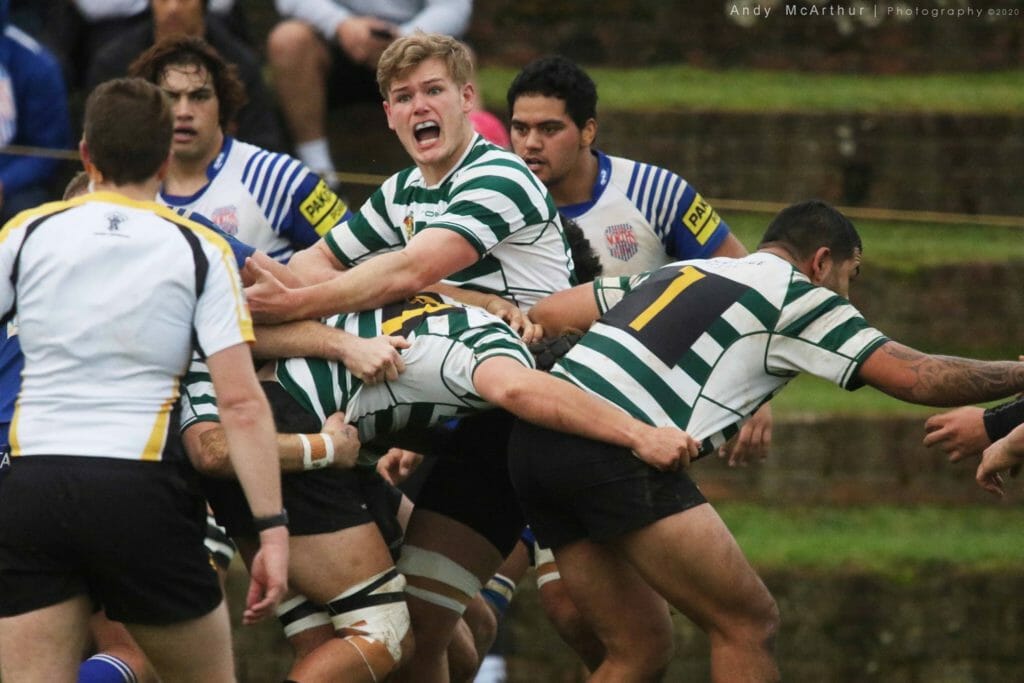 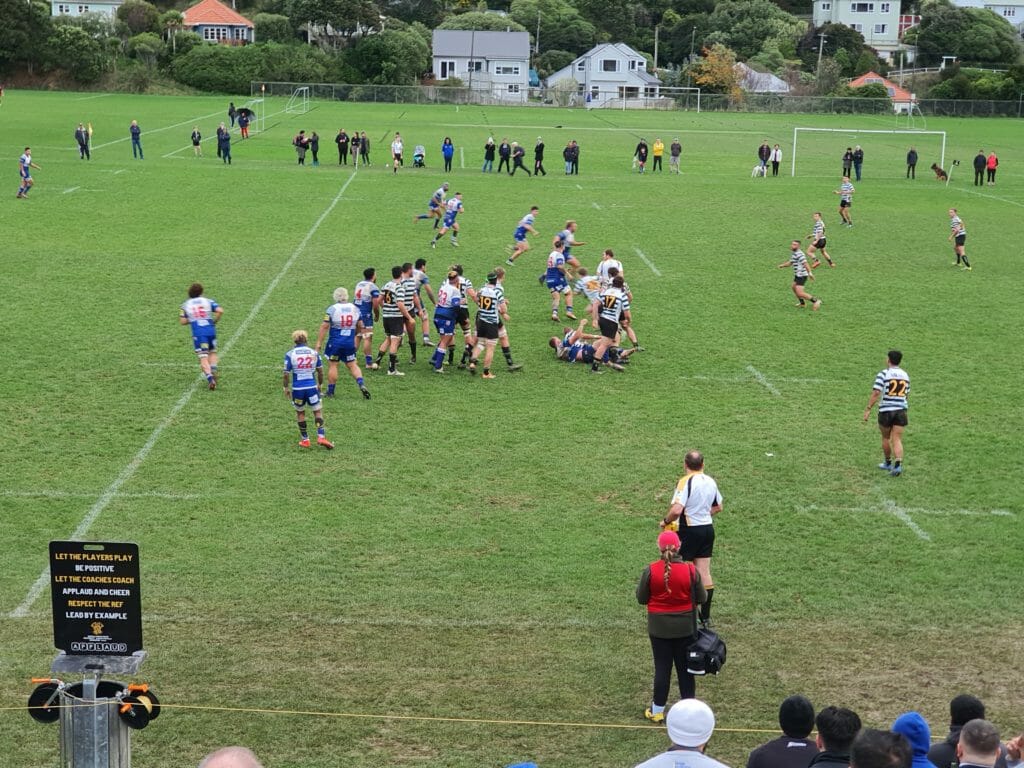 The weather was overcast and with the odd threat for the skies to open which never really arrived. Sam Reid lead the team out for his 50th game amidst a very noisy reception for the Norths Prems from their Prem Reserve team. Both the 50 from Paddy Carter last week and Sam Reid this week seem to have come around really quickly. Congratulations Reido!

A result like this is never from individual efforts but there were a few performances that were noticed on the terraces and worthy of a mention.

Dale Sabbagh – sensational kicking from the tee, including a sideline conversion. Around the field his play was incredibly efficient too. Dale seems to be enjoying being one of the senior guys in our young backline and is directing the traffic really well. Keep it up Dale.

Sam Reid – Sam shifted to centre for his 50th game but slotted in like he’d been playing there his whole career. Solid defence, good pace and distribution.

Sam Godwin – Sam looked like a man possessed coming off the bench. He brought huge physicality to the contact area and some bone-rattling tackles. Some of the more senior supporters on the sideline were heard to start a ‘cheee-hooo’ before quickly putting themselves back in line and hiding inside their scarves. One Norths supporter did a ‘cheee-hooo’ for one of Sams tackles, he couldn’t help himself!

Caleb Delaney – What could you say about Caleb’s effort? Just sheer bloody hard work. Cleaning rucks, close in tackles and disrupting opposition throws were just some of the hard work.

Callum Harkin – Reward for great enterprise with a try. All around solid effort.

Luke Chisholm – came off the bench and played well. Heard on the terraces… ‘he looks like a young Finbarr (Kerr-Newell)’. That would be a great target to live up to. I’m sure the referees of Wellington will be watching on eager to learn if the similarity stretches to Finbarr’s friendly advice for referees young and old.

The 1st half was a slugfest with OBU inching away through the accurate boot of Dale Sabbagh and an early try to Fui in an in-goal pile-up from a drive!

Norths scored a try and a penalty in reply, kicked by ex OBU prem Manahi Moana who it was great to catch up with and good to see he is finally clear of all the injuries that disrupted his time at OBU.

There was a ding dong battle in the lineouts with both teams winning opposition ball.

Norths Hooker Leni Apisai went off injured in the 23rd minute and No 8 Lise Soloa followed in the 35th minute. This was to have an impact in the second half as the early introduction of the replacements meant that there were less fresh legs later in the game to counter the energy coming from the OBU bench.

There were quick switches in play from both teams from defence to attack and back to defence again in the space of a minute. Several opportunities were left unfinished form both teams. One break, in particular, had Norths with a 3 on 1 just outside the 22 but the last pass wasn’t good enough.

In the 44th minute Norths were caught offside at a ruck where OBU was looking really dangerous. Dale took a successful shot at the sticks. OBU 16-8

From the kickoff there was an accidental offside when two OBU players ran into each other. From the resulting scrum Norths moved the ball and found some space but the last pass was forward.

Then came a period on defence starting with what looked like an unlucky defensive penalty at the ruck. Norths kick for the corner but lost the lineout and OBU clears, but gets penalised again at the next lineout. Manahi Moana kicks the penalty for Norths OBU lead 16-11

At the 56 Minute mark, there is a great 30m run back from Shamus Langton. Norths are offside at the ruck and Dale steps up and takes the 3. OBU 19-11.

Immediately there is a charge down and OBU switch hot onto the attack but concede a penalty. Unlucky! Norths struggle with a crooked throw from the lineout but redeem themselves somewhat with some scrum pressure and OBU caught with a hand in the scrum.

At the 63 minute mark OBU pressurized the Norths backline. The ball is spilt by Norths then kicked through for Callum Harkin to claim the spoils with try #2 for OBU. Dale Slots the conversion OBU 26-11.

There is some great interplay between Shamus and Matt ‘Unit’ Fowler before down the left-hand touchline heading to the sheds. Unit dots down in the corner for try #3 and to clinch the game. Dale adds the icing with a deadly accurate click from the sideline OBU 33-11.

There was an injury in the following play to a Norths player who we believe was shown a blue card. Unlucky mate, hope for a speedy recovery.

In the 79th minute Norths get some consolation after OBU was penalised for taking down a maul near the OBU tryline. A quick tap results in (#23 I think) crashing through for the try. Manahi narrowly misses the conversion.