When I reflect on the inaugural RedBull Forceback Nationals I get an overwhelming sense of excitement. The event involved more twists and turns than any of us could have ever imagined and it was one of the best things about the trip.

Day one began bright and early out the Petone Rugby Club. Here, we met the RedBull and Go Pro team, as well as the Wellington men’s team that had also qualified. After our first interview in front of the camera, and a lesson on how to use our Go Pros, we jumped in our campervans and began our drive to Taupo. Our first stop was Paikakariki where we had our first challenge. This challenge involved a beach sprint followed by skulling a Redbull. The first team to complete this was awarded 50 points. Our girls team, unfortunately, lost that one. We jumped back on the road and continued our journey north. The next stop was Taihape, which was the venue for our second challenge. Typically, it was all about gumboots! Instead of the traditional throw, we were ‘gumboot flipping’. We managed to take the win for that one through a double or nothing bet. By this stage, we were running behind schedule due to all the roadworks that we had encountered. We finally made it to Taupo in the afternoon and met up with the Auckland teams who had also been making their way to Taupo via campervan. One of the biggest twists of the day was presented to us here. It was announced that we were going to do either a skydive, bungy jump or a swing. Paper, scissors, rock was the deciding tool and we headed off to the venues. After our thrill-seeking activities we all met up on the Taupo lakefront for some pizza and drinks to conclude the first day.

Day two was also a relatively early start with breakfast being brought to our campervans at 8 am. After a briefing of the day, and a few camera shooting scenes, we headed to the first activity of the day, this being the Huka Jetboat Ride. We all piled into the Jetboat with our Go pros and had an incredible time flying down the river. Our final destination of the day was New Plymouth but it wasn’t going to be a straight forward drive like you might think it would be. After the jetboat ride, we fueled up and made our way to Taumaranui where we kitted up for a canoe race. This was a chance to win points and move to the top of the leaderboard. The race was no easy feat and it really tested our upper body strength. After a quick bite to eat, we were back on the road and on the last stretch to New Plymouth. We finally made it to New Plymouth in time for the official welcome and dinner. This was also a chance to meet the other teams who had flown in from the other regions.

Day three, competition day. It had been an action-packed first couple of days, and we were all feeling a bit tired, but the day we had all been preparing for had finally arrived. We took a bus out to Beauden Barrett’s home rugby club which was the stage for the National finals. The weather had packed in a wee bit and it wasn’t looking to be great conditions to be playing in. We had a briefing from the event management team, a word from Beaudy, and then a surprise kit out from Adidas. As we walked into our changing rooms, we discovered an Adidas backpack full of goodies which included, boots, shorts, a training top and socks. Despite the excitement, there was still work to be done. We laced up our boots, warmed up, and then we were straight into the first round of games. Our team had the Canterbury girls to kick off the tournament. Being a mixed club team, and also having never played the game with each other before, we slowly worked out the best tactics and was to approach the game. We managed to pull through with a good win. This set us up for the rest of the day going through with 3 wins and a draw to gain the top qualifier spot. A week break and few interviews went by, then we were on the big stage for our semifinal against Otago. Having won comfortably against them in the pool play, we were confident heading into the game. However, Otago had improved since our last encounter and we were able to sneak through in a tight match. Stoked with that win, we were ecstatic to know that we were off to the grand final, with a chance to take out the competition. By the time the final came round, the sun was blisteringly hot and a good crowd had formed. We were up against Auckland and we knew it would be a tough match as they had performed well throughout the pool play. The first half went well for us, we were up 2-1 at the break. Playing into the wind for the second half proved to be difficult and we were all squared up at 3 all when the final hooter sounded. We then went on to play two, two-minute halves which still couldn’t break the deadlock. It was then down to a dropkick shootout. Each person in the team was to dropkick the ball over the post one, with the team successfully converting the most kicks crowned the winner. The makeup of each of the teams was two backs and one forward so there was little advantage to either team. Again, the deadlock could not be broken, and sudden death was put in place. We began the tense shootout and managed to slot the ball down the middle, next up was Auckland, and lucky for us, they sliced the ball off to the left of the post, making us the RedBull Forceback National Champions! Amid the celebrations were a lot of cameras, interviews and photos. However, our day was not done as we still had to verse Beauden Barrett as a prize of winning first place. That game challenging, and as you would expect, Beauden was able to place the ball all over the park and he had us running all over the place.

We celebrated not only our win, but also the entire trip over a few cold ones with the rest of the crew, and Beauden himself.

The experience that each of us got was incredible and one that we will cherish for a long time! 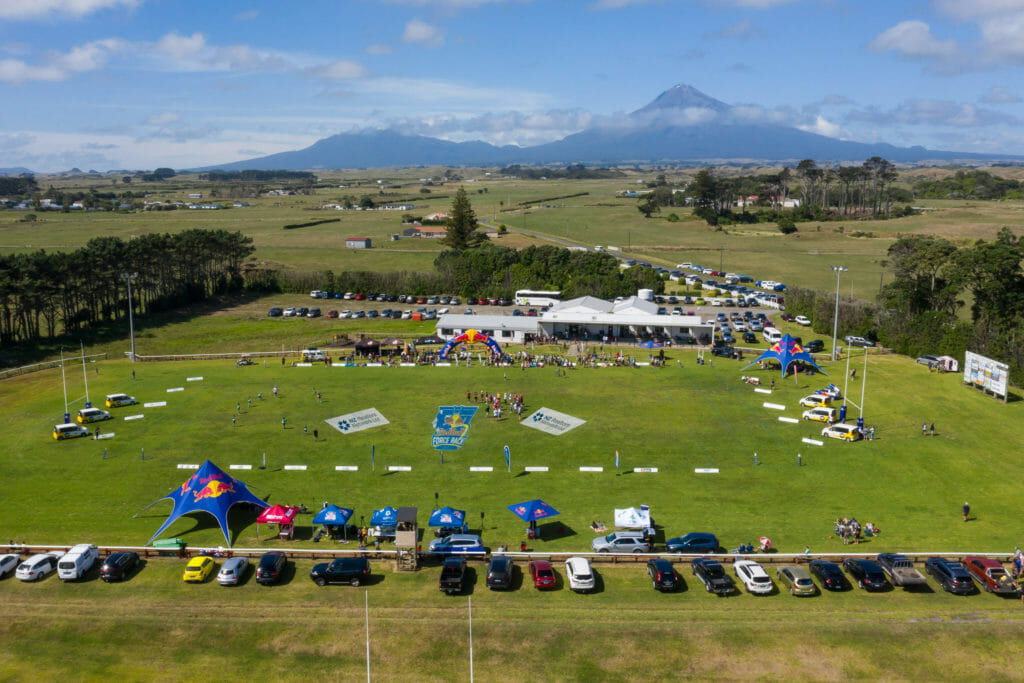